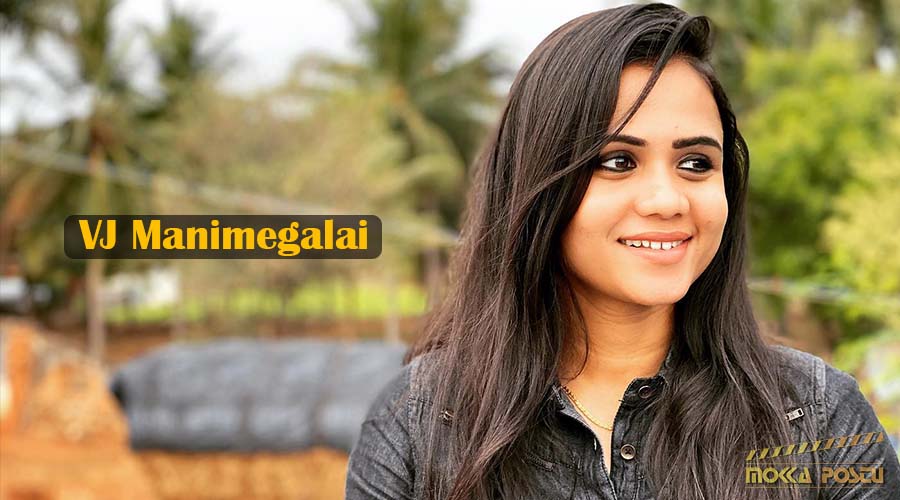 Manimegalai was born at Coimbatore, Tamilnadu on 7th May 1993 (Age: 27) for iyer family couples Ramaayyappan and Jothi. She was in her native Covai until the third standard and moved to Chennai with her family and continued her studies at St. Johns Matriculation Higher Secondary School, Chennai. She is an MBA Graduate from SRM University, Chennai.

VJ Manimegalai married dance choreographer Hussain on 6 December 2017 and lives with him. There is some controversy between her and her family because of the intercaste love marriage. She has one younger brother named “Guna ” who is a Viscom Graduate.

In 2010, Manimegalai Hussain started her career as a host in the show “Super Hits” that aired on Sun Tv. Her career lit up through the show “Franka Sollata” and she became lead television anchor after many interviews, shows, and functions. She appeared in many Sun Network subchannels like Sun Tv, K Tv, Sun Music, and Sun News.

In 2019, Vijay Televisions called couple Hussain and Megalai as contestants for the show “Mr. and Mrs. Chinnathirai”. She grabbed the offer and Joined Star Vijay from Sun Network. Later, She hosted Kpy champions season 2 on Vijay Tv and Now, she is appearing in the show “Cook With Comali”. Simultaneously, They running a youtube channel named “Hussain Manimegalai” with 159 K subscribers.

Unknown Facts About Her