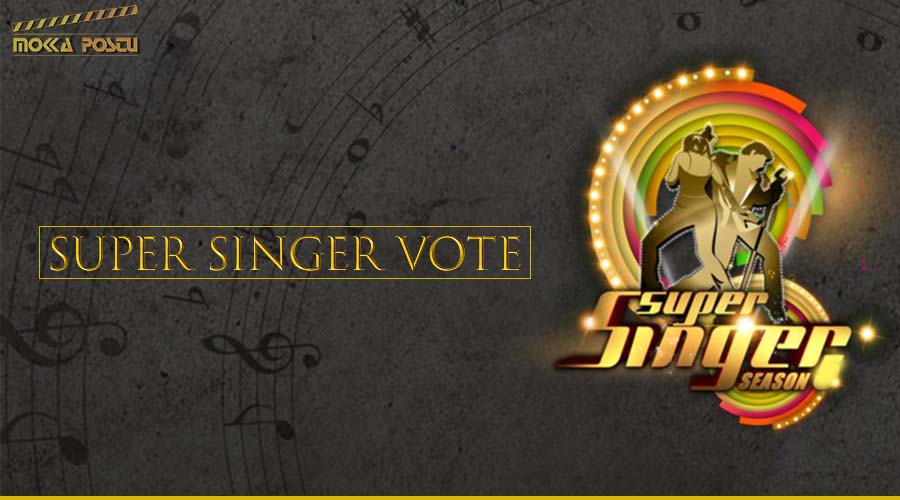 Super Singer is the most-watching Tamil singing competition show that airs on Vijay TV. This reality game show winners are selected through the super singer vote which is an open online poll for the audience. Super Singer Tamil has almost completed 7 seasons and all the season winners were selected through the super singer vote.

Super Singer, the singing reality show splits into two versions as Super Singer Junior and Super Singer Senior which are held in alternative years. But, the voting process and other rules were the same.

Star hosts Ma Ka Pa Anand and Priyanka Despande currently present the show with more comedies and trolls about contestants. It is also one of the major reasons for a super singer’s success.

The super singer is officially sponsored by Airtel and airs on Vijay Tv from 7 PM to 9 PM on Weekends (Saturday & Sunday).

Anirudh Ravichander is the ambassador of this show after A.R. Rahman and the winners will get a chance to work with ambassadors.

The super singer team conducts the auditions all over the Tamilnadu to select the top participants of every season. Lakhs of participants, even from other south-Indian states like Kerala, Andhra and Karnataka singers perform in the auditions but only top performers will be selected as contestants.

The selected contestants perform various rounds in different styles every week to grab the attention of 4 judges and audience. The least two performers will be selected by the judges and leave them in the audience’s hands.

Then, the audience will have the chance to save their favorites contestant by casting their super singers vote. As we know, the contestant with the least votes will be evicted every week.

How to Vote for Super Singer Contestants

You can vote for your favorite super singer contestants through google account. The step by step process of super singer vote is explained.

The online voting poll will be open for every weekend from Sunday 8.30 PM to Tuesday 12 PM. In some celebration weeks, there will be no elimination.

The super singer show has almost finished 6 seasons and into its 7th season now. The 7th season for seniors has already completed and the singer ‘Mookuthi Murugan’ grabbed the title.

Now the season 7 juniors have started with more competition than other seasons and super singer 7 vote polls will be open soon to find the best. The top 20 contestants were listed in the below table. The season started on 22nd February 2020 and paused due to COVID-19. Now, it’s going to resume on 8th August with a super singer online vote.