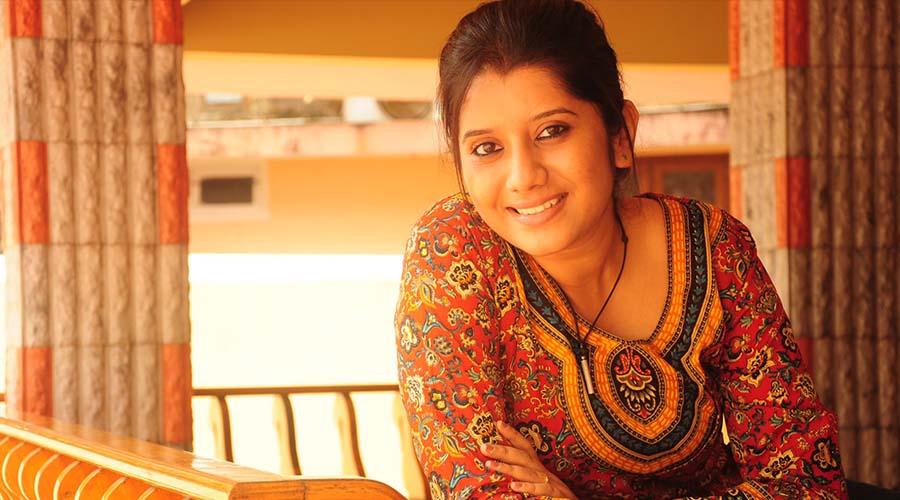 Priyanka Deshpande is a well-known video jockey and anchor in Vijay Televisions. She gets fame through the most successful reality show “Super Singer” and is familiarly known as “Vijay Tv Priyanka or Super Singer Priyanka”.

Priyanka was married to her boyfriend Praveen Kumar who is working as an Assistant Director in Super Singer and settled in Chennai, Tamilnadu. She has one brother named ‘Rohit Deshpande”.

In 2009, Priyanka Deshpande started her career as an anchor in Zee Tamil show “This chirpy girl”. Then she moved to Sun Network after a year and worked for four years (2010-2014). Later, Priyanka joined Vijay Television for the show “Cinema Karam Coffee’ with Ma Ka Pa Anand as co-anchor and continuing in Vijay Tv after the successful shows Olli Belly, Kings of Comedy Juniors, Super Singer, Suriya Vanakkam, Start Music and Kalakka Povathu Yaaru (Judge).

Priyanka was totally aimless to become an anchor and wants to be an Air Hostess but her part-time replacement in the show as anchor in-spite of her sick friend tempts her to be anchor Priyanka. She took Divya Darshini (DD) as an inspiration.

Priyanka is one of the highest-paid anchors on Vijay TV and her monthly salary will be more than 1 million/month. She recently started a vlog in a youtube channel named “Priyanka Deshpande’ and also have a decent income from that. We cannot fetch the exact amount of Priyanka Deshpande income but it will be updated soon.