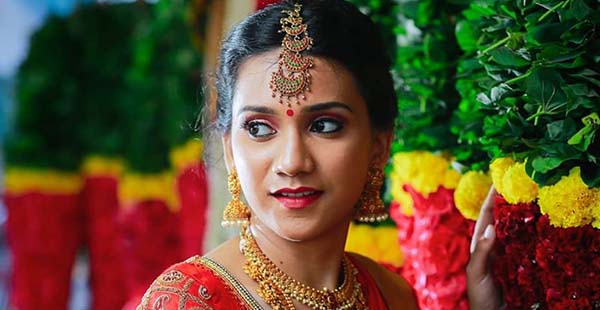 Blacksheep Deepthi is a well known Youtuber, support actor, and inspirational icon for everyone. She has special titles from her fans as Ladysuperstar of youtube. Whoever wants to make their career in the cinema industry field, Deepthi is one of the best inspirations for them.

“Black sheep” Deepthi was born in 1994 at Chennai. Her family details will update soon. From her school days itself, she has a great passion for acting and she has done some of the drama and cultural performances. Her ambition is to have great fame in the media and she worked hard for that.

Black sheep Deepthi has done visual communication and worked in the IT field for some months. Then she got an opportunity as an anchor and started anchoring in some TV channels like Jaya max, peppers tv, etc., And then she got a chance to act in the show “ Athu Ithu Illa” by a famous youtube channel called “Black Sheep”. After entering black sheep, she got huge fan followers and huge surprisable opportunities for her talent. She has achieved a lot in a short span of time. She plays a major role in the drama  “Navayuga Ratha Kanneer” by Blacksheep Tamil. Jeevanadhi is the first short film in her career.

The Most famous and hittable short films are Mr.mom, Unnai Arindhal, behind closed doors, elder sister atrocities with  RJ Raghvi and other short films are Yache Yale, Pondati Sonna Kekkanum, and so on. She has only a limited number of friends in school and college.

Deepthi made her film debut in the movie named Natpe Thunai and then the most famous film Kaithi. These two films gave great fame for her. She plays an important role in Kaithi and She is the only female actor in Kaithi. She has only a limited number of friends but she got a chance in the movie Kaithi by her colleague actor Vatson and the stylist Preethi at the last minute.

She listens to music and watches movies when she feels bored. She will not be more active in social media even in WhatsApp. She rarely uses Facebook, Instagram. She likes to watch Abhi Mathews shows. Whenever she finds time, she used to watch comedy shows of Abhi Mathews and  Aravind in Wonderland.

Deepthi has income from various sources like YouTube and movies. A detailed income sheet will be updated soon

Black sheep Deepthi’s biggest turning point when she started to act in a short film. She made achievements only because of her hope and fixed goals. The film Kaithi is considered as the major turning point.

When she entered the big screen, the Black sheep team supported her as much as they can and still inspiring her