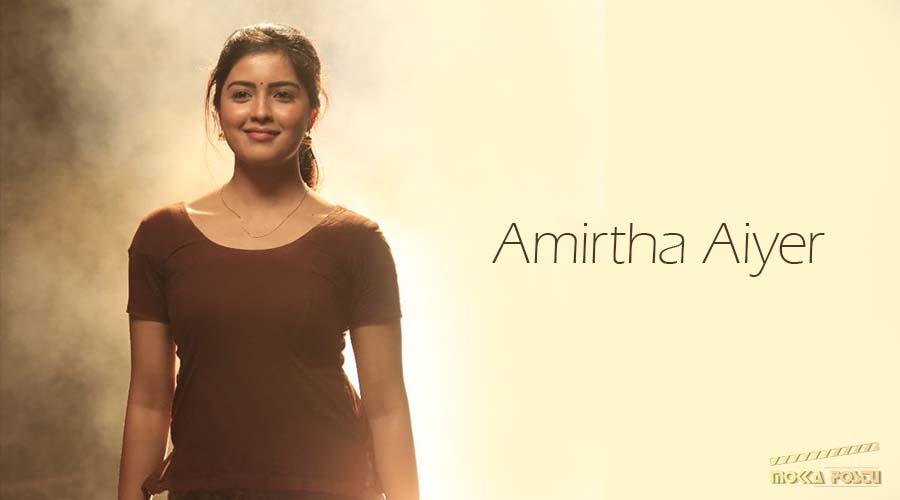 Amirtha Aiyer is an Indian actress, singer, and model who predominantly appears in South Indian languages especially Tamil, Malayalam, Kannada, and Telugu. She is well known for the Bigil movie “Thendral” character.

Amirtha Aiyer was born on 13 th May 1994 (Age: 26 as of 2020) at Bangalore, India. Her father’s name is Aiyer Gopal. She completed her school days at NHR School and pursued a Bachelor of Commerce at St. Joseph’s College of Commerce, Bangalore.

Amirtha is unmarried and her relationship status is single. She has a sister named “Priyanka Sivasubramaniyam”. She currently lives in Bangalore, India.

Amirtha is a well-trained dancer as well as a singer. She started her career as a model and made her debut in the Tamil movie “ Padai Veeran ” as Malar in 2018 after some uncredited roles in the movies Padmavyooham, Tenaliraman, Pokkiri Raja and Theri. Amirtha is going to play a crucial role in the Telugu film Red with Ram Pothineni, Nivetha Pethuraj, and Malavika Sharma. Her Telugu debut movie was “30 Rojullo Preminchadam Ela “ released this year 2020. Recently, she signed in the Tamil movie “Lift” starring Bigg Boss fame Kavin and Amirtha Aiyer directed by Vineeth Varapasad.

In a recent interview, Director Atlee stated that Amirtha Aiyer is a well-talented artist and requests other directors to give her a chance. As Atlee stated, Amirtha is a talented woman as well as a great face and shape who won the hearts of youngsters as “Thendral” in the movie Bigil. Added to that. Amirtha’s social media presence helps to increase her popularity. She is expected to be in the popular television show “Bigg Boss 4 Tamil”.