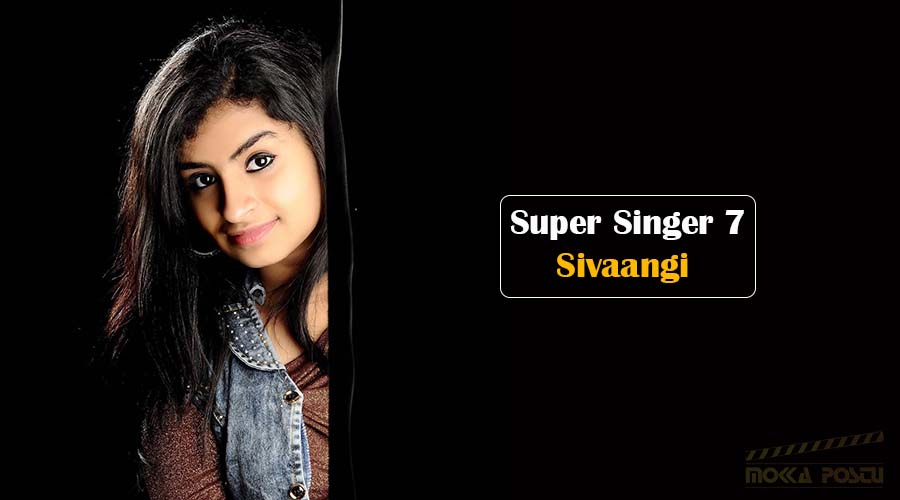 Sivaangi (Shivangi) is one of the featured singers in a popular reality show Super Singer 7. She is also an upcoming comedy artist who showed off her talent in “Cook With Comali” that aired on Vijay Television.

Sivaangi was born on 25th May 2000 (Age: 20 years old) at Kerala for a Music Family. Her father Krishnakumar is a Doctorate in music added to that he is also Padma Shri award holder. Her Mother Srimathi Binny Krishnakumar is a Carnatic music teacher who also taught Super Singer Judge Shweta Mohan. Shivangi completed her school education at Chinmaya Vidyalaya Matric Hr.sec school and now, she is pursuing a Bachelor of Commerce (2nd year) at MOP Vaishnav college for women.

She is unmarried and her relationship status is single. Sivaangi currently lives in Chennai, Tamilnadu. She has one younger brother.

Sivaangi started to learn basics from her grandmother during her school days and developed her skills in college first year. By fortune, she got an opportunity to attend the “Super Singer Audition” and got selected. Her first performance grabs the attention of the audience as well as judges and got standing ovations with hugs from judges and selected in Unnikrishnan, Anuradha team. Shivangi lasted up to semi-final and got eliminated because of heavy competition between contestants.

Later, everyone expected that she would come back as a playback singer but for a change, she appeared in a game show “Cook With Comali” and paired with Vanitha Vijayakumar as comali. They were the title winners of “Cook with Comali season 1”.