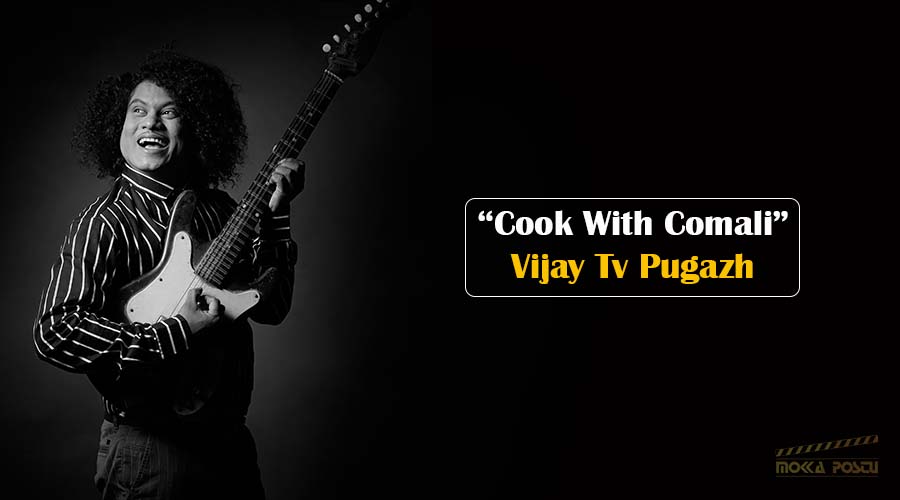 Pugazh is an actor, standup comedian, and mimicry artist in Tamil. He is popularly known as “Cooku with Comali Pugazh”. Hope that Pugal will be the next big star on the silver screen after Santhanam, Sivakarthikeyan, Ma ka pa Anand and other celebrities from Vijay Tv.

Pugal was born on November 14, 1990 (Age 30 as of now) at Cuddalore, Tamilnadu. He studied up to 10th standard at Sri Padaleswarar Higher Secondary school, Cuddalore, and withdrew his studies due to his family situation. He has a brother and sister.

He is unmarried and his relationship status is single.

Pugazh shifted to Chennai and did daily wage work for survival. Later, he got a job in a water-wash shed near Prasad studios. By Fortune, he met his longtime friend Baana Kaathadi fame “Udhaya Raj” and got an opportunity to attend the “Kalakka Povathu Yaaru Season 6” audition but was not selected.

He again entered into the studio as a Computer serviceman and also did cameo roles in the show “Sirippu Da” with KPY Dheena.  Later, Pugazh’s appearance in KPY-Final as a lady and his anniyan performance in “super singer” grabbed the attention of top authorities and got a chance to be part of “Cook with Comali”, a reality show that aired on Star Vijay. This show gives a turning point in his career.

Now, Vijay Tv Pugazh made his movie debut in the movie “Cocktail” starring yogi babu and Reshmi Gopinath. The movie is going to be released on the OTT platform “Zee5” on 10th July because of the corona pandemic.

Unknown Facts About Him

ABOUT US
Mokka Postu is an online media group that shares you the latest Tamil cinema news & updates, celebrities biography, recommended videos & movies, OTT platform kinds of stuff, Indian celebrities galleries, movie reviews & gossips.
Contact us: mokkapostutamil@gmail.com
FOLLOW US
© Mokka Postu | 2020
We use cookies on our website to give you the most relevant experience by remembering your preferences and repeat visits. By clicking “Accept”, you consent to the use of ALL the cookies.
Cookie settingsACCEPT
Privacy & Cookies Policy

Any cookies that may not be particularly necessary for the website to function and is used specifically to collect user personal data via analytics, ads, other embedded contents are termed as non-necessary cookies. It is mandatory to procure user consent prior to running these cookies on your website.