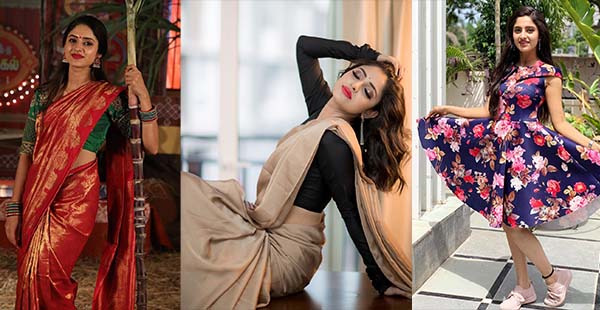 Ayesha is a South Indian model and actress from Kasaragod, Kerala. She is well known for the serial character “Sathya” streaming on Zee Tamizh and her expression on TikTok videos.

Ayesha serial actress was born on 7th June 1993 at Kerala, India (27 as of now). Rohini is another name for serial actress Ayesha. She completed her schooling at Ambedkar Vidyanikethan English Medium Higher Secondary School, Kasaragod, and college at MOP Vaishnav College for Women, Chennai. Now, She lives in Chennai, Tamilnadu.

Ayesha started her career at Vijay television in the reality game show “Ready Steady Poo” in 2017 and made her acting debut in the Tamil serial “Ponmagal Vandal” starring Vicky Krish. Ayesha made her supporting role debut in the movie “Dhilluku Dhuddu 2”. Ayesha went popular through the lead role “Sathya” in the Zee Tamizh serial “Sathya”. Her appearance on Instagram and TikTok expands her fan base among young people. She has 3.1 M TikTok followers and 22.8 M likes, as well as 149 K Instagram followers. She acquired 3.1 M followers with 22.8 M likes on TikTok and 149 K followers on Instagram.

Ayesha is not yet married. Before, She is in love with asst director Vicky but recently they broke their relationship, and now Ayesha is Single.

Ayesha left the serial “Ponmagal Vandal” after the problem between her and the director. During the shooting time, she was late to dress up. So, Director showed anger towards her. Then confusion happens between the “Pongamagal Vandal” team and her.