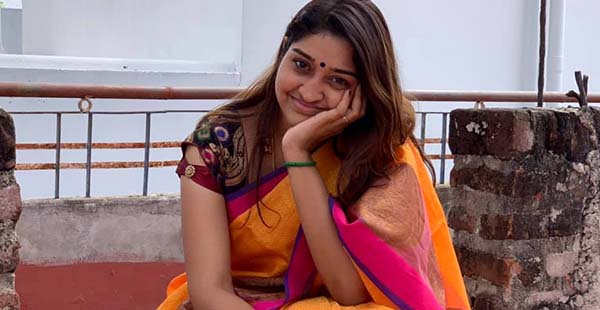 Neelima Rani is one of the topmost serial actresses in Tamil. She is a model, Producer and also a movie actress. Neelima started her career in the Tamil cinema industry as a child artist in 1992. She acted in more than 1000 Episodes in Tamil serial.

Neelima Rani was born on 6th November 1987 at Chennai, Tamilnadu for a father Varadharaj who worked in the television “Doordarshan”. She did her schooling at Shri Krishnaswamy Higher Secondary school, Chennai, and completed her BSC.., degree at MOP Vaishnav college for women. Neelima appeared in the movies and serials from her school days itself because of her passion.

She was married to businessman Esai Vannan from Chennai. Recently, she renamed her name from Neelima Rani to Neelima Esai due to horoscope issues. Neelima and Esai have one child (Girl).

Neelima Esai debuted in the Tamil serial “Oru Pennin Kathai ” in 1998 and appeared in the Tamil movie “Thevar Magan” in 1993 during her school days. Then, she did child characters in movies like Pandavar Bhoomi, Album, and Virumbugiren.

At the age of 15, She appeared as the second heroine in the Tamil serial “Acham Madam Naanam Pairyppu – Brindavanam ” in 2002. Her character in the movie “Naan Mahan Alla” helps to show off her talent to the audience as well as to the audience. She acted in many successful serials like Metti Oli, Kolangal, Kasthuri, Vani Rani, and more.

Neelima left the serial “Aranmanai Kili” due to problems in her personal life. She is also a producer of Tamil movie “Amali Thumai” and the serial “Niram Maratha Pookkal”. In a recent interview, Neelima states that she focuses more on television compared to movies as an actress.