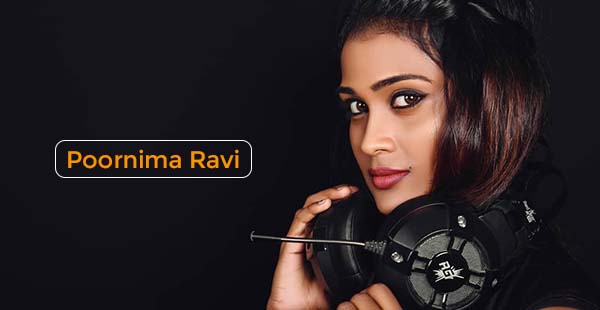 Poornima Ravi is a famous dancer, YouTuber and actress from TamilNadu. She plays an important role in the two popular Tamil youtube channels “Araathi” and Narikootam.

Poornima was born on October 5, 1995, at Vellore, Tamilnadu for Ravi Somasundaram and Usha Ravi couples. Her mother is a school teacher. She completed her schooling at Shrishti Matriculation Higher Secondary School, Vellore, and a college degree at VIT University, Vellore.

During her studies, Poornima is a Professional Artist at VIT Dance Club – Chargers. Later, She was inspired by Andhra girl dubsmash videos and started to do dubsmash. From her Dubsmash videos, She got popularity as well as opportunity in a famous youtube channel “Narikootam” and she has done that as a part-time job along with her full-time job in a popular IT Company. At one point in time, she was fired from her job due to some personal vengeance. Later, she collaborated with Tamada media and started a youtube channel “Araathi”. She also appeared in Tamil short films like Ozukkam Kelaayo in 2019, Kaarigai in 2019, Koolaru Kaadhal in 2018.

Once upon a time, Poornima struggled for food, house, and to fulfill her basic needs but she worked hard and her hard work gives her a luxury life. She stays as a role model for all middle-class family girls.

Poornima’s relationship status is single and unmarried. She lives in Chennai, Tamilnadu. She has one own brother named “Kishore ” and he is married. Kishore works in the IT industry.