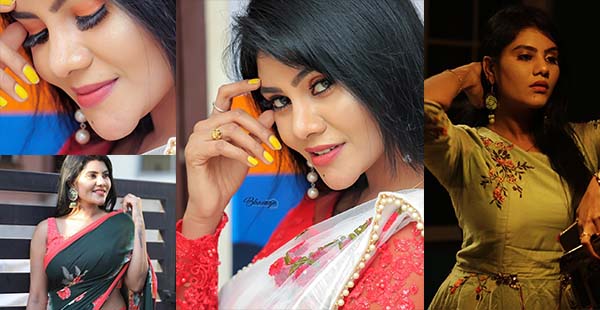 Nivisha aka Nivisha Kingkon is a movie & serial actress, anchor and model who predominantly works in Tamil serials. She also appears in movies like Avalukkenna Alagiya Mugam, Jamaai and Irayaan

Nivisha was born in Trichy on 20th December 1995 (24 Years old as of now). She grew up in Trichy up to school. Then, She moved to Chennai and did her degree in Ethiraj College for women.
She entered into the cinemas and made her debut in the movie “Avalukkenna Alagiya Mugam”. Later, she also appeared in Television serials like Deiva Magal lead role by Vani Bhojan. She goes viral through the “Anjali” character in the serial “Eeramana Rojave” and stays in all our minds. Added to that her photos often go viral in social Media and stays in our hearts. She got 202 followers on Instagram and 901 K followers on TikTok with 6.9 M hearts.