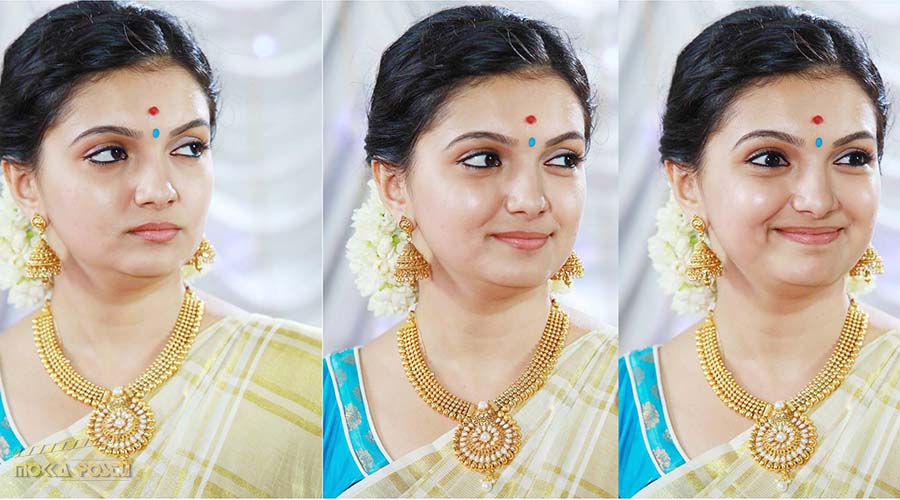 Saranya Mohan is a South Indian dancer, singer, and actress who has performed in all South Indian languages namely Tamil, Malayalam, Telugu, and Kannada. She was active in cinemas from 1997 – 2015 and took a break after her marriage.

Saranya was born to classical dancing couples on 19th February 1989 at  Alappuzha, Kerala. Her parents Mohan and Kalamandalam Devi combinedly founded a dance school named “Y.K.B Dance Academy”. Saranya completed her B.A. English Literature at St. Joseph’s College for Women, Alappuzha. Later, she shifted to Tamilnadu and did her M.A English Literature. Then, MFA Bharathanatiyam in a row at Annamalai University, Cuddalore.

Saranya has one younger sister “Sukanya”, she is also a trained classical dancer. In 2015, Saranya Mohan married her best friend “Dr. Aravind Krishnan” who is a lecturer in a Govt dental college. This couple has two children Anantapadmanabhan (son) and Annapoorna (Daughter).

Saranya Mohan was introduced by the director “Fazil” through her performance in a school dance competition and made her debut in the both Malayalam and Tamil through the Malayalam movie “AniyathiPravu”, which is remade in Tamil simultaneously as “Kadhaluku Mariyathai”.  She continued as a child artist for 3 more movies and concentrated in her studies for a few years. In 2008, she made a great comeback through the Tamil movie “Yaaradi Nee Mohini” starring Dhanush and Nayanthara.

Later, She has done the lead role in the commercial hit movie “Vennila Kabadi Kuzhu” with Vishnu Vishal. She also appeared in Malayalam serials like Meera, Swami Ayyappan, and more. Saranya is a brand model for Kalyan Jewelers, Wedland Silks & Sarees, AVR Silks. The Telugu movie “Mudra” is the last movie she appeared in. She is expected to make comeback through the popular Television show “Bigg Boss Tamil 4”.