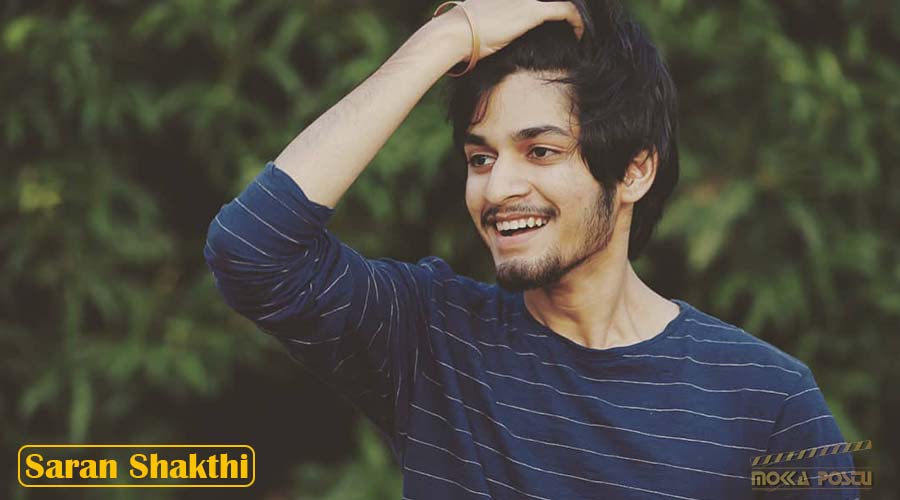 Saran Shakthi is a young artist growing up in Tamil cinema. At the beginning of his career, he did a younger version of movie heroes in movies like Kada, Jilla, Sigaram Thodu, and more. Saran started his career in 2013 as a child artist in the Tamil movie “Kadal” introduced by Mani Ratnam.

The upcoming star Saran Shakthi was born on May 5, 1997 (Age 23 as of 2020) at Chennai, Tamilnadu. His education qualification, school, college, and other backgrounds will be updated soon. Saran’s uncle is a cinema artist.

Saran Shakthi debuted in the movie “Kadal” as young Thomas, which portrays the adolescent of Gautham Karthik. Next year, a similar role is played in the movie “Jilla” as an adolescent. But, this time for Thalapathy Vijay. After his roles in the movies like Rummy, Sigaram Thodu, Vai Raja Vai, Mo, he got fame through the Actor Dhanush’s gangster movie “Vada Chennai” as Aishwarya Rajesh’s brother.

After his performance in Vada Chennai, he debuted his first lead role as “Sathya” in the crime action movie “Sagaa” with other artists Ayra, Kishore, Sree Raam, Pandi, Neeraja, and Prithvi Rajan but the movie doesn’t hit the box office. The famous romantic song “Yaayum” takes place in this movie composed by Shabir.

He has done a lead role in the movie “Sagaa”