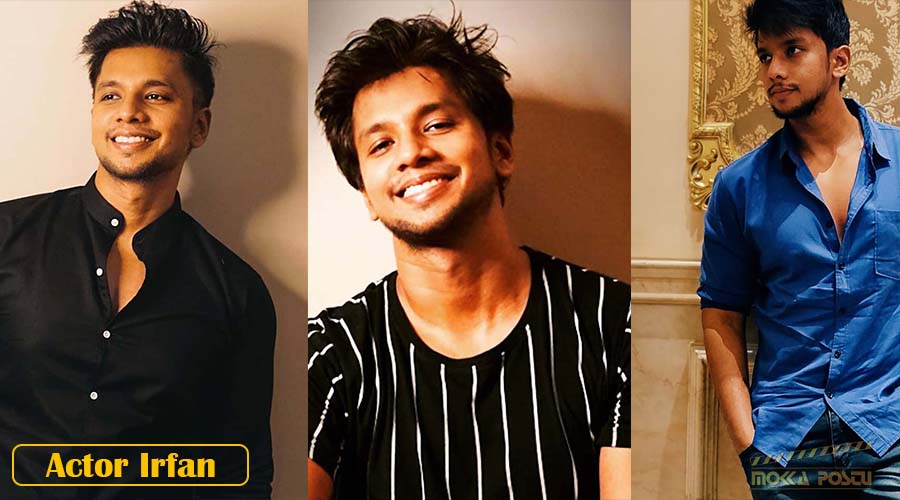 Irfan is a movie actor as well as the serial actor who got fame through the Tamil serial “Kana Kaanum Kaalangal” aired on Vijay Television. He is also a model, director and dancer.

Actor Irfan was born on November 29, 1988, at Tirunelveli, Tamilnadu for a Muslim family with an elder brother. He completed his schooling at Geethanjali high school, Nizamabad, and completed his bachelor’s degree at ISO degree college, Hyderabad. His full name was Irfan Mohamed.

His relationship status is single and unmarried.

Mohammed started his career as a serial actor in the school life story “Kana Kaanum Kaalangal” and got the attention of adolescents in Tamil. With his same co-actors, Irfan made his movie debut in “Pattalam” directed by Rohan Krishna, and got decent reviews. He also participated in the dance show “Jodi No. 1 season 2” paired with Monisha Ravishankar which aired on Vijay Tv and won third prize.

After his growth, He is into the famous Tamil serial “Saravanan Meenatchi 2” by replacing Mirchi Siva and paired up with Rachitha Mahalakshmi. Both Mohamed and Meenatchi got positive reviews among the viewers but he decided to give more importance to films rather than series.

Later he left serial and continuously appeared in movies like Sundaattam, Ethir Veechu, Goal, Ru, Ponge Ezhu Manohara, and Aagam but movies don’t give hands for success. After 4 years in 2020, he appeared as a villain in the movie “Rajavukku Check” starring Bigg Boss fame Cheran.

ABOUT US
Mokka Postu is an online media group that shares you the latest Tamil cinema news & updates, celebrities biography, recommended videos & movies, OTT platform kinds of stuff, Indian celebrities galleries, movie reviews & gossips.
Contact us: mokkapostutamil@gmail.com
FOLLOW US
© Mokka Postu | 2020
We use cookies on our website to give you the most relevant experience by remembering your preferences and repeat visits. By clicking “Accept”, you consent to the use of ALL the cookies.
Cookie settingsACCEPT
Privacy & Cookies Policy

Any cookies that may not be particularly necessary for the website to function and is used specifically to collect user personal data via analytics, ads, other embedded contents are termed as non-necessary cookies. It is mandatory to procure user consent prior to running these cookies on your website.