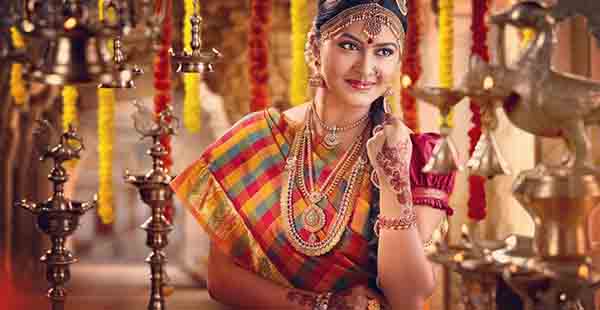 Rachitha Mahalakshmi is a south Indian actress who appears mostly in Tamil, Kannada, and Telugu serials. She came into fame through the character “Meenatchi” in the serial Saravanan Meenatchi season 2 and season 3.

Rachitha Mahalakshmi was born on 24th April 1991 at Bangalore, Karnataka. She grew in Bangalore and married to famous Tamil serial actor Dinesh Gopalasamy on 7th November 2013 who is paired in the serial “Pirivom Santhipom”.Now, She used to live in Chennai and Srivilliputhur with her husband Dinesh Gopalasamy. They have no children until now (2020).

Rachitha Mahalakshmi entered into Kannada Serial “Mega Mandaran” and then debuted in Tamil serial “Pirivom Santhipom” in 2013. Every serial fan comes to notice about Mahalakshmi through the serial “Saravanan Meenatchi ” team upped with Kavin. After her performance in serials, she is called for the big screen and debuted in the Tamil movie “Uppu Karuvadu” directed by Radha Mohan in 2015.

She also did Telugu serials like Swathi Chinukulu, Maa Nanna. She won Vijay Television Awards as “Best Tamil Serial Actress” in 2015 & 2017 for the serial “Saravanan Meenatchi” Telecasted in Vijay TV. Rachitha appeared as a judge in the stand-up comedy show “Junior Senior” telecasted on Zee Tamizh.

Rachitha Mahalakshmi and Dinesh Gopalasamy combinedly appeared in the couple reality games show “Mr & Mrs. Khilladi” and also paired in the serial “Nachiyarpuram” which is streaming on Zee Tamizh.

She also appeared in more than 10 Kannada and Telugu serials.