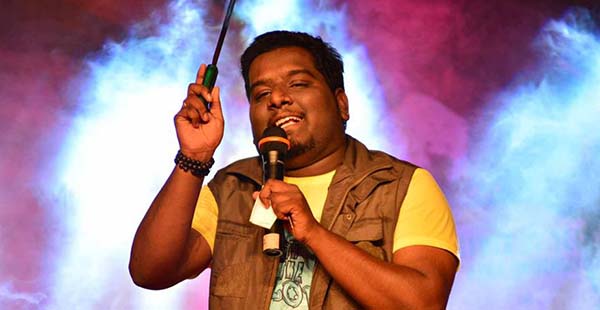 RJ Vigneshkanth is a well-known support actor, Anchor, Radio Jockey, YouTuber, and stand comedian in the Tamil industry. Added to that he is a managing director of youtube channels Blacksheep Tamil and Unakennapaaofficial. Check out below to know more about Vigneshkanth.

RJ Vigneshkanth was born on 2nd October 1989 at Trichy, Tamil Nadu, India. His father’s name, mother’s name and family details are yet to be updated. He is familiarly called as RJ Vicky, Blacksheep Vignesh, Kanth.

He completed his school education at  Sri Mahabharathi higher secondary school, Namakkal, and done his bachelor of engineering at Karpaga Vinayaga college of engineering at Kanchipuram, under a stream of Electrical & Electronics Engineering. He worked as a Radio jockey at Aahaa FM.

After so many struggles and rejections, he got an opportunity as a radio jockey and started working there. After a few years, he decided to start and develop his own media business.
Then, Vigneshkanth and his set of friends made various businesses like Website development, studio, and radio called smile web, but he never got success in these businesses. He hasn’t stopped his hard work and decided to start the Youtube channel with the investor named trend look.
Later he got huge success on youtube and He enters into a big screen through the Tamil film called Jeyikkira Kuthira. Later, His friend Hip Hop Adhi offered him an opportunity to act in his film Meesaya Murukku. Because of his performance, he signed for more featuring movies like Chennai 600028 II, Mehandi circus, Kalavani 2, Natpe Thunai, Dev, etc..,  and so on …

RJ Vignesh is not yet married. He is an openness to experience, humble, ego-less, and faithful.  He has some born skills from his childhood. In school and college days, he shows off talents to his friends. Maybe this might be the major reason for his success. Added to that, He knows to coordinate the team. He is the best leader and capability to make more leaders. He is always busy making new friends and building their relationship

Vigneshkanth’s height is 162 cm and weight is 88kg. He is chubby and oval face with black eyes, black hair with a little beard. His zodiac sign is Capricorn and hobbies are Comedy, Dancing, Signing.

He has an income from various sources like youtube, movies, and Anchoring. Earnings may vary from month to month proportional to no of the views he obtained. Approximately, his earnings will be One Million/month. A detailed income sheet will be updated soon.

Added to that, Vignesh and his Blacksheep recently done a Tamil movie named “Nenjamundu Nermaiundu Oodu Raja” produced by Sivakarthikeyan and acted by Rio Raj and also he wrote a song called “Internet Pasanga” in the same movie and so on! His achievements are countless and still going on…

He makes fun Gossips and awareness about the social issues throughout the drama named “Navayuga Ratha Kanner”. It is the offline drama and never updated in any social media. The trolls and gossips of VigneshKanth are too less but he got rejected by his physical appearance. however, he made those into stepping stones and moving towards success.