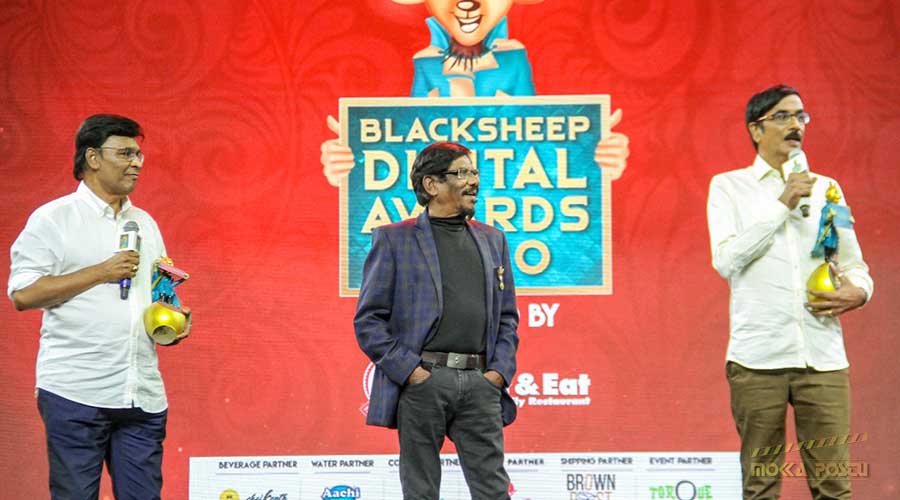 Manobala is a popular South Indian actor, producer, and Director who appeared in more than 200 movies as an actor. He directed over 40 movies and 20 Tv serials, most of them in Tamil. Recently, he made his debut as a producer in Tamil movie “Sathuranga Vettai” in 2014 starred Natraj, Ishara Nair, and received decent comments.

He was born on December 8, 1953 (67 years as of 2020) at Marungur, Kanyakumari. He completed his diploma in painting at the college of arts & crafts. Later, he married Usha Mahadevan and had one son named “Harish Manobala” who got married recently.

He started his career as “Asst Director” from the reference ulaga nayagan “Kamal Haasan” in the movie “Puthiya Vaarpugal” directed by Bharathiraja. Oorkavalan. En purushan thaan enakku mattum than, Karuppu vellai are some of the iconic movies of director Manobala. He directed in more than 3 languages namely Hindi, Tamil, and Kannada. Due to his busy schedule in direction, he remained inactive from the year 1982-1994 as an actor. Later he has done a huge number of supporting and comedy roles in the Tamil movies. He is a regular chief guest of the standup comedy show “Asathapovathu Yaaru” that aired on Sun Tv. Now, he is running the youtube channel named “Manobala’s Waste Paper” with 200 K subscribers as of 2020.