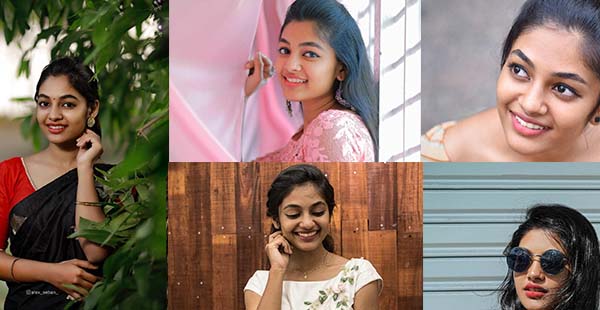 Aleena Shaaji is called by her stage name “Ivana” and plays a child role in most of the movies. She has done almost 5 movies including two Tamil movies Naachiyar and Hero, the other three are Malayalam.

She was born in Kerala on February 25, 2000. She made her debut in the Malayalam movie named “Masters” released in 2012. Then after some gap, she appeared in the Malayalam movies “Rani Padmini” and “Anuraga Karikkin Vellam”. She was also nominated for the 8th SIIMA awards (2019) as the best debut actress for the movie “Naachiyaar” directed by Bala. Bala is one of the major reasons for Aleena’s stage name.

Here are some of the latest stills of Aleena Shaaji aka Ivana.